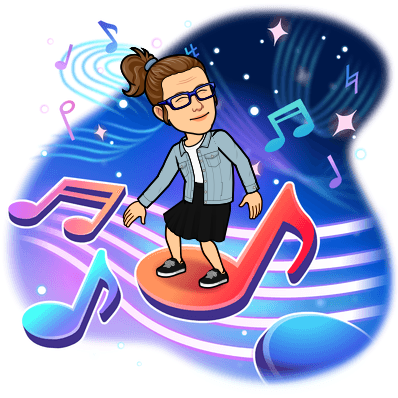 Here is an Adobe Spark Video about the RIS Music Director (Click Here to see the Video, and see the link below):

https://spark.adobe.com/video/D0fwbYDTn5FXX
As Performer
Jacquie has performed in Europe with various Orchestras including Ealing Symphony, and Ealing Philharmonic in West London, with Rome Festival Orchestra in Rome Italy, and has performed under the baton of Robert Spano, Murray Sidlin, and Lawrence Foster at the Aspen Music Festival where she performed on Scholarship.Jacquie has also performed in Los Angeles under the baton of Frank Fetta, Joe Valenti, Patrick Flynn, and Steven Kerstein. Other performance experiences includes a studio session for Beverly Hills Cop III at Paramount Studios, Side Line work with Disney's 'Fantasia 2000', and a recent free lance job in 2012 and in December of 2013 with Jackie Evancho in Indio, California. More recently Jacquie performed
with Eun Tang Sharp in the Non Profit Fundraiser for PEF and PVPUSD from Bach to Rock in 2018 in Palos Verdes at The Terranea Resort.For Chamber Music, Jacquie has performed with the Amati String Quartet with Yun Tang member of the Los Angeles Philharmonic.
Jacquie has sung in Chorus and Choirs throughout school and has sung with the Los Cancioneros Master Chorale under the direction of Dr. Joanna Medawar Nachef.
Jacquie's Educational Background 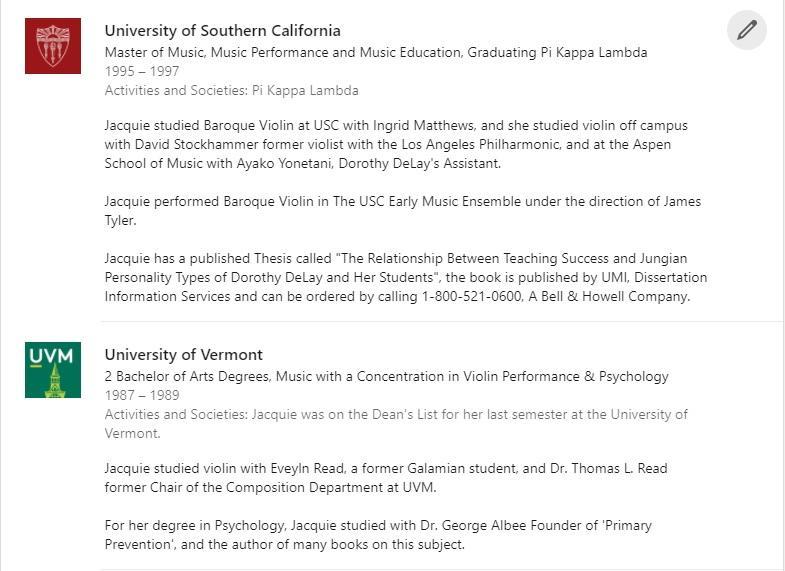